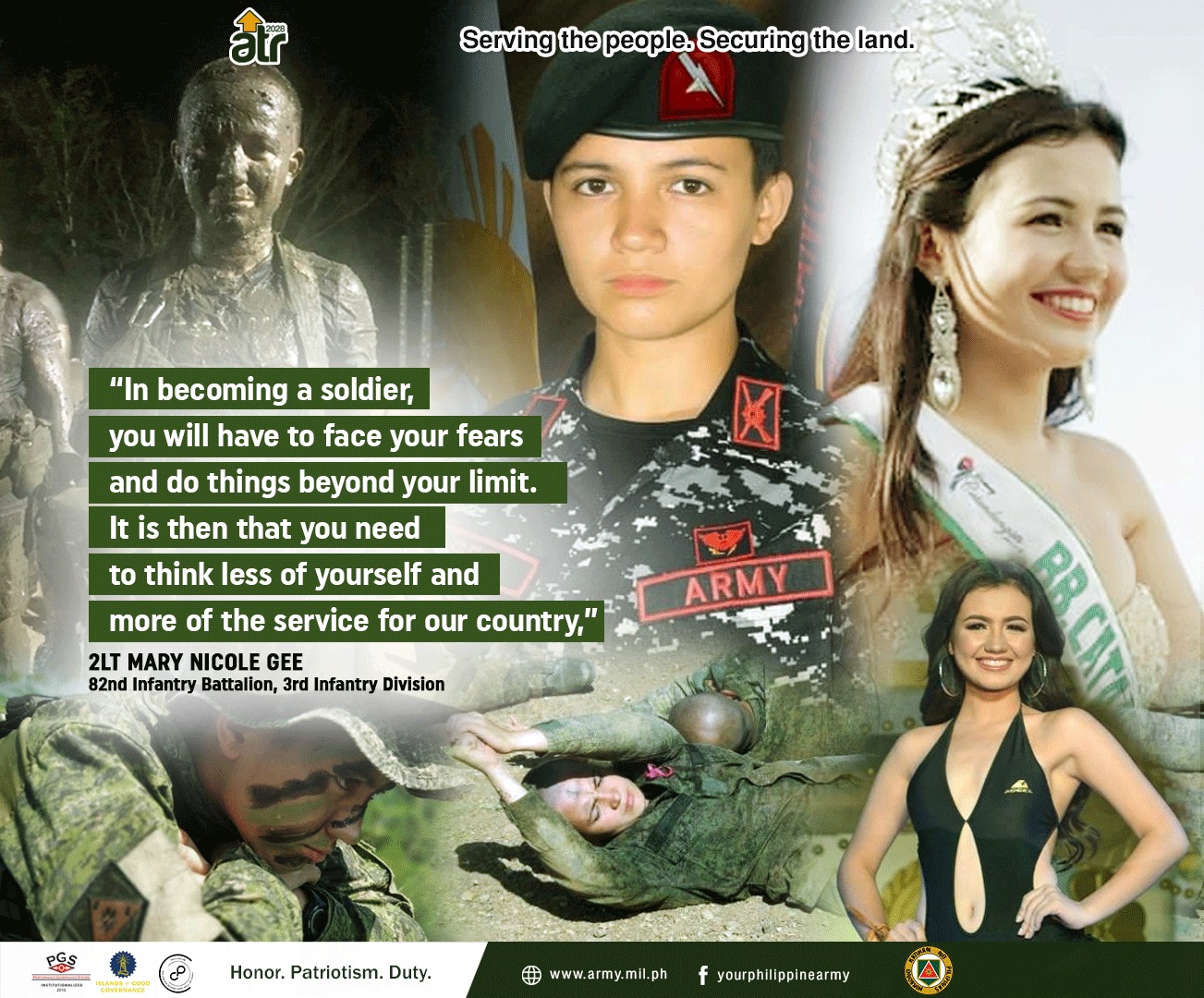 2nd Lt. Mary Nicole Gee from Quezon City never thought that she will one day become a soldier in the Philippine Army. Her life before joining the military organization is very different from what she is doing today.

Born to a Filipina mother and a British father, 2nd Lt. Gee began her modeling, pageantry, and acting career at a very young age. At 8-months-old, she modeled for Johnson’s Baby Powder and in her teenage years, she became one of ABS-CBN as well as GMA’s freelance talents and modeled for Cebu Pacific. 2nd Lt. Gee was also crowned as Bb. Catandugan when she was 18. She juggled her studies and work as a model and talent for TV shows and commercials, as well as pageantry competitions to help provide for her family’s needs.

In her third year of college, 2nd Lt. Gee’s interest in national security grew into a passion to work in the security sector of the country. It was then that she knew she wanted to join the Philippine Army someday.

The then 21-year-old 2nd Lt. Gee pursued her dream despite not having her family’s favor in the beginning. She admitted that it was hard at first – from the tedious application process, rigorous training, and being far away from her loved ones.

“In becoming a soldier, you will have to face your fears and do things beyond your limit. It is then that you need to think less of yourself and more of the service for our country, ” said 2nd Lt. Gee.

“If you really have that passion to become a soldier, pursue it. No matter how hard the application process is, don’t give up. No matter how tough the training is, be tougher. Now I am able to do what I love through the Philippine Army by reaching out to the communities and safeguarding the peace in their area,” she added.