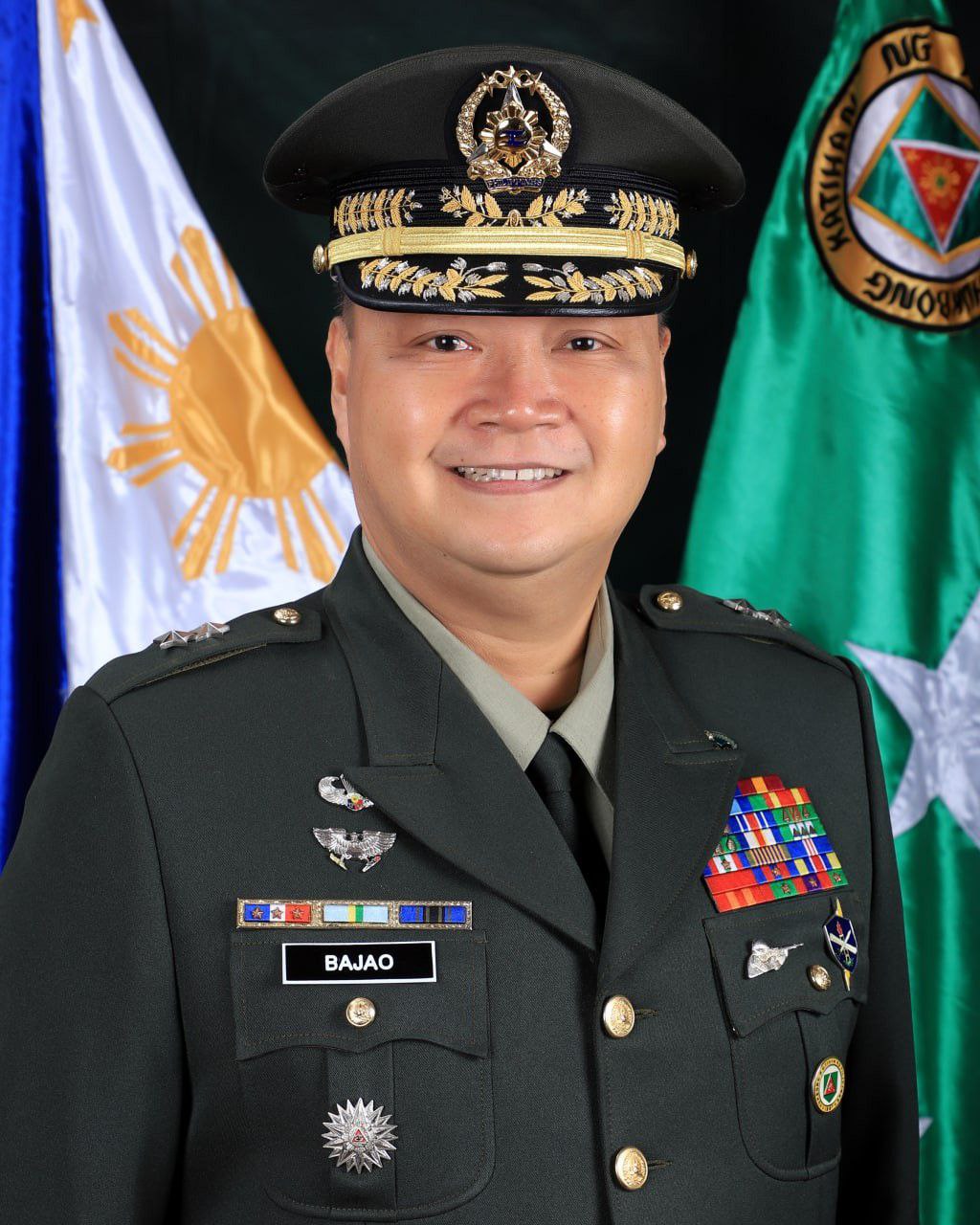 MAJOR GENERAL ADONIS R BAJAO PA took oath as the 35th Vice Commander of the Philippine Army on 19 October 2022. Prior to this assignment, he was the 20th The Internal Auditor, Armed Forces of the Philippines.

Known as a scholar-soldier, his penchant for learning was evident at an early age, graduating as the class salutatorian in elementary and as valedictorian in high school.

MAJOR GENERAL BAJAO’s began his military career when he joined the Philippine Military Academy (PMA) in 1985, leading to his Bachelor of Science Degree, as a member of the PMA “MAKATAO” Class of 1989. He finished his military education as the Regimental Adjutant and was awarded the Commandant’s List Badge and the General Emilio Aguinaldo Saber for graduating with the highest over-all rating in aptitude, conduct, leadership in the Corps and co-curricular activities.

After his graduation, he was assigned to various positions which developed his capabilities and sharpened his competencies as a military officer. An experienced senior officer with immersions in the battlefield and in operations, with competencies in planning, education and training, civil military operations and disaster relief operations.

MAJOR GENERAL BAJAO’s first combat posting was as a Platoon Leader of Bravo Company, 25th Infantry (Fireball) Battalion, 6th Infantry (Kampilan) Division, Philippine Army, and he eventually became the Company Commander of that same unit, which was then tactically deployed in Davao, Surigao, Bukidnon and Agusan Provinces. He was adjudged as the Best Junior Officer of the Year (1994) by 6ID, PA.

After a series of leadership posts in different administrative positions within Headquarters Philippine Army and at the General Headquarters, he became the Commander of the 78th Infantry (Warrior) Battalion, 8th Infantry (Stormtroopers) Division, Philippine Army in 2013. In the aftermath of Super Typhoon Yolanda in November 2013, he was designated as the Commander of Task Group Leyte, 8ID, PA, wherein he directed the humanitarian assistance and disaster relief operations in typhoon-affected communities in Leyte.

In 2017, he became Commander of Joint Task Force GENSAN, which coincided with the implementation of martial law in Mindanao following the Siege of Marawi City. Two (2) years later, he was assigned to the 10th Infantry (Agila) Division to command the 1002nd Infantry (Bagwis) Brigade resulting in several successful operations in the Davao and SOCCSKSARGEN regions.

Throughout his military career, he continued to embark on various education and training programs and courses in local and foreign institutions that equipped him with the knowledge and skills that are essential in the performance of his duties. He topped his Basic Infantry, Intermediate Logistics, and Command and General Staff Courses, where he was an Honor Graduate, Best in Staff Study, Best in Commandant's Paper, and Leadership awardee.

In addition, MAJOR GENERAL BAJAO holds a doctorate degree in Public Administration from the University of the Philippines in Diliman, Quezon City where he was a University Scholar. He also has two Master's degrees: Master in Public Administration from the Ateneo de Davao University, and Master in Public Management major in Security and Development from the Development Academy of the Philippines, where he was awarded as the Best in Thesis/Special Action Plan and Project. Rounding of his exposure and continuing education are the various conferences and seminars he has attended in Thailand, Singapore, South Korea, Australia, Mongolia, Austria, Indonesia, Brazil, China, Hawaii, Malaysia, Israel and Vietnam. 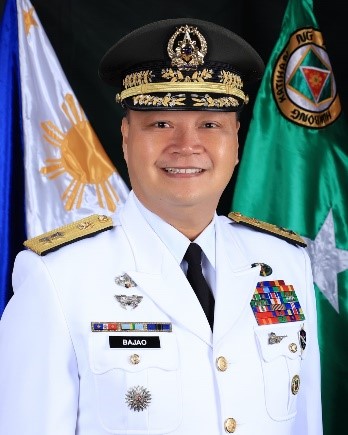 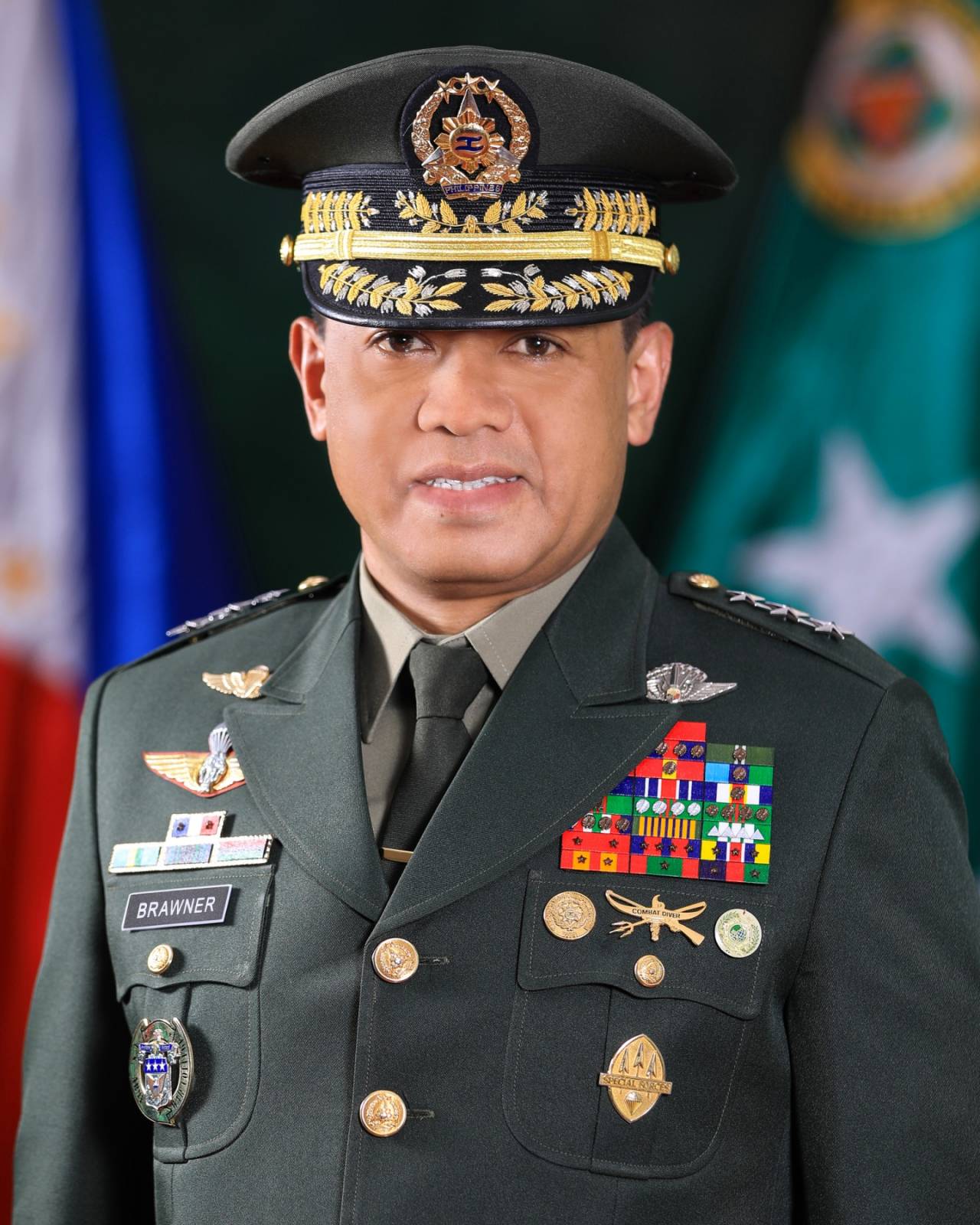 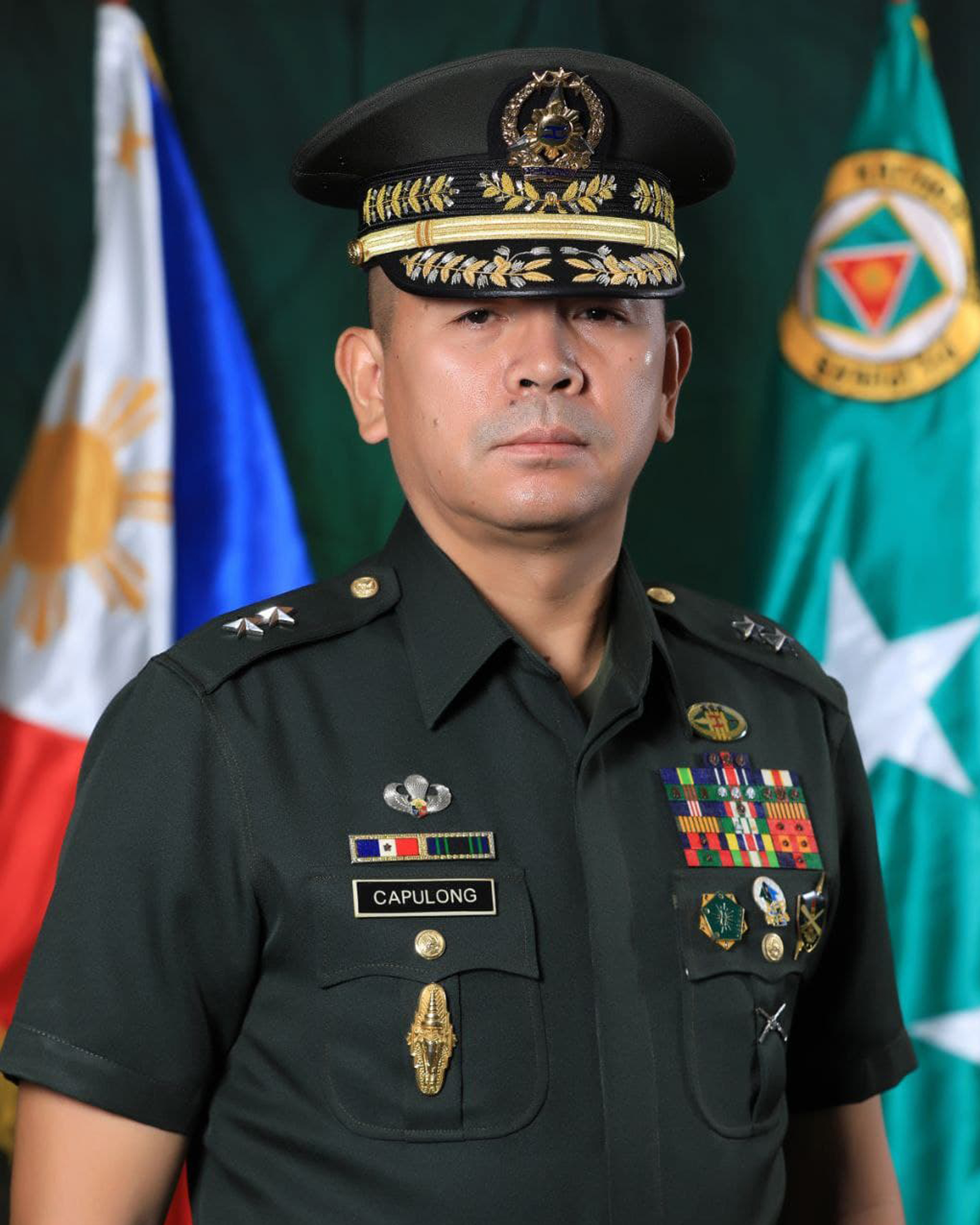