A woman's leadership and courage 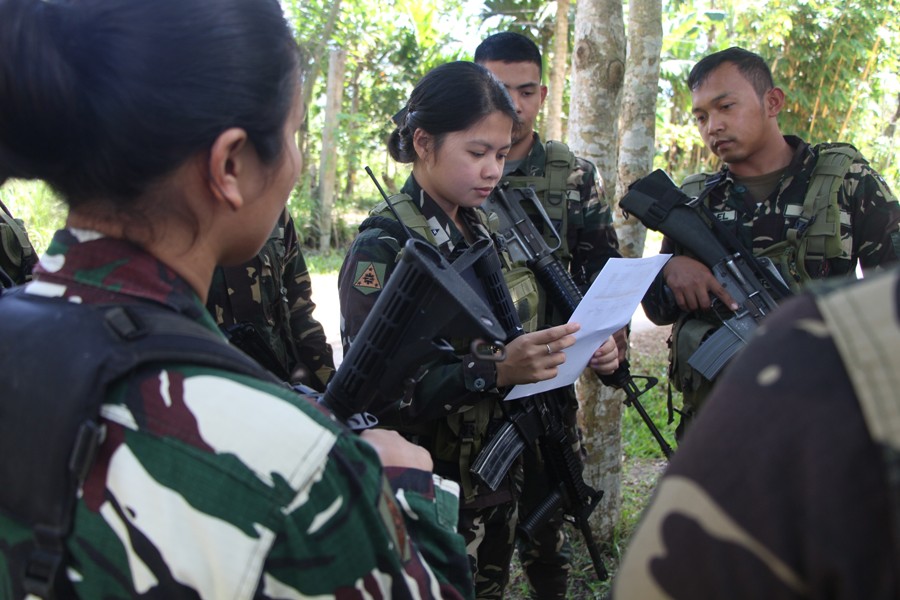 The Philippine Army, 20 years-ago held that women leading troops in combat are merely a novelty. Throughout the years, it comprehensively evolved and became more responsive in terms of career-pathing and deployment due to policy change and the glaring significant increase of numbers of women’s occupying key position above and beyond participating in various military decision-making in the security sector.

In today’s modern warfare, women are serving as platoon leaders, company commanders, intelligence personnel, civil-military operations practitioners, pilots, and even as members of special operations units. Indeed, the women of the Philippine Army are successfully breaking the barriers of gender stereotype.

The Army takes pride in the recent combat accomplishment against members of Communist-NPA-Terrorists (CNTs) which was significantly led by a young female officer named 2nd Lt. Cielo Rose U. Dolorican, an infantry officer of the Army. The security operation on that early morning of February 17, 2019 at Brgy San Antonio, town of Milagros in Masbate, yielded one CNT killed and recovery of various high powered firearm’s, improvised explosive devices and enemy documents with high intelligence value.

2nd Lt. Dolorican, fearlessly led the scout platoon of 2nd Infantry ”Second to None” Battalion together with its counter-part from Milagros Police station in response to the report coming from the civilian populace who are decade-long in anguish for being victims of CNT atrocities such as extortion, arson and extra-judicial killing, all violation of basic human rights.

The success of the combat operation could not be better as we are about to hang violet streamers in the main gates of PA units and offices all over the country to recognize the meaningful contribution of women in the promotion of peace and development - the Army is joining the nation in the observance of National Women’s Month Celebration this March 2019.

Pvt. Engillica C. Colagong, the designated buddy of 2nd Lt. Dolorican, is another woman who should also be given due recognition. She alongside with her male counterparts bravely fought against the CTNs. Pvt. Colagong together with the rest of the scout platoon, has shown commendable courage, discipline and high degree of professionalism in the face of danger.

To lead a troop in combat operations requires high standards of leadership skills and discipline. Hence, the recent feat of 2nd Lt. Dolorican proved that women in the military, given an opportunity, also possessed the qualities expected from Army leaders. She and Pvt. Colagong heeded the call of duty without regard for their personal safety. In that moment, they have shown to the world that they were both women and soldiers truly committed to their solemn oath to the Filipino people.

This achievement is not a credit to these two great women alone but also to the members of the scout platoon. Their actions showed that they respect their fellow women soldiers and value them for their talents. Their ability to follow a woman leader is a testament that the Philippine Army soldiers are looking beyond gender stereotypes and socially-constructed gender roles in which women are deemed fragile, weak, and emotional, undecisive and fit for technical and administrative roles only.

The Commander’s discretion to designate 2nd Lt. Dolorican as platoon leader to lead a troop in the frontline shows a liberal Commander’s view about women. His willingness to assign females to “non-traditional tasks” in mixed gender groups has allowed the organization to maximize the talents available to the unit. It also opened more doors of opportunities for women in the Army that will enable them to improve and develop themselves to be truly competitive for policy and decision making positions.

Brig. Gen. Greg T. Almerol, Commander, 903rd Infantry “Spear” Division in a quote “It was a proof that female soldiers are being given a chance to prove and show what they have even in combat”.

While, Lt. Col. John Oliver F. Gabun, said that “As the Battalion Commander, It is my responsibility to ensure that my officers and personnel whether male or female are given equal opportunity to excel and reach their maximum potentials as productive contributor and member of my unit.

“I assigned 2nd Lt. Dolorican as platoon leader of my scout platoon since it is the position appropriate for her rank and training that she is qualified for the job”. Lt. Col. Gabun, added.

In retrospect, the women of the Army have been taking active roles in the accomplishment of PA mission. In the recent Marawi Crisis and its ongoing rebuilding, women soldiers have been performing combat, combat support and combat service support roles to the troops deployed in the main battle area. Women assigned to different PA major units all over the country, who are not featured in news and unrecognized, are also silently working and taking the challenges of the military service.

The Philippine Army is paving the way to empower women by giving them equal opportunities to enable them to realize their full potentials. The move to designate 2nd Lt. Dolorican to lead a platoon in combat is major leap to attain our goal to be a gender-sensitive and gender-responsive organization.

The National Action Plan on Women, Peace and Security (NAPWPS) calls for the improved role and status of women in the security sector as stipulated in Action Point Nr. 5. This action point in anchored in the Empowerment and Participation Pillar of the NAPWPS where women and girls, through meaningful participation and leadership, are active change agents in conflict transformation and post-conflict development.

In the Philippine Army, substantial mechanisms have been in place to strengthen the organization’s commitments in pursuing the NAPWPS and other legal mandates in relation to Gender and Development (GAD). Extensive promotion and mainstreaming of gender perspective in various capacity development activities have been programmed to increase the awareness and understanding of duty bearers on NAPWPS and GAD.

Hence, as we deliberately transform to become a world-class Army that is a source of national pride, we must maximize our force by utilizing both our men and women to defeat insurgency and terrorism in our country. 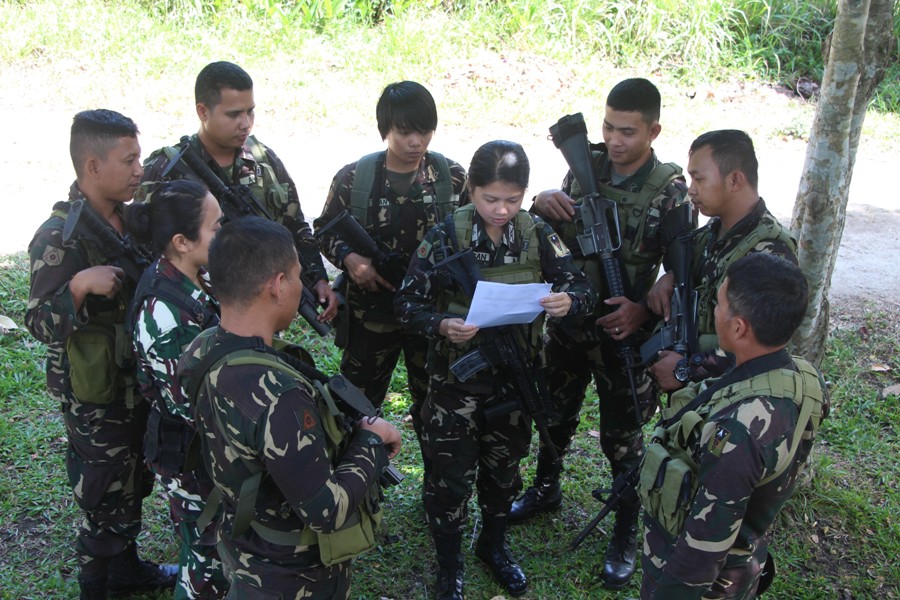 As we move forward, let us emulate the distinctive bravery and gallantry of 2nd Lt. Dolorican and Pvt. Calagong. They were an epitome for all women in the security sector that displayed the highest standard of excellence and professionalism for being an agent of change, working in equal partnership with men.

The Philippine Army had evolved to turn into a more gender-responsive organization by empowering women to be a formidable fighting force and fully mission capable in support to peace and development initiatives of the national government.#